The Honourable Erin O’Toole, Leader of Canada’s Conservatives and of the Official Opposition, announced the Conservative Shadow Cabinet for the second session of the 43rd Parliament.

“Today, I am proud to present the Conservative government in waiting that will defeat Justin Trudeau’s corrupt Liberal government in the next election,” O’Toole said. “In the coming weeks, we will be presenting a plan to put hardworking Canadians first, lead our nation out of this crisis and rebuild our great country.” 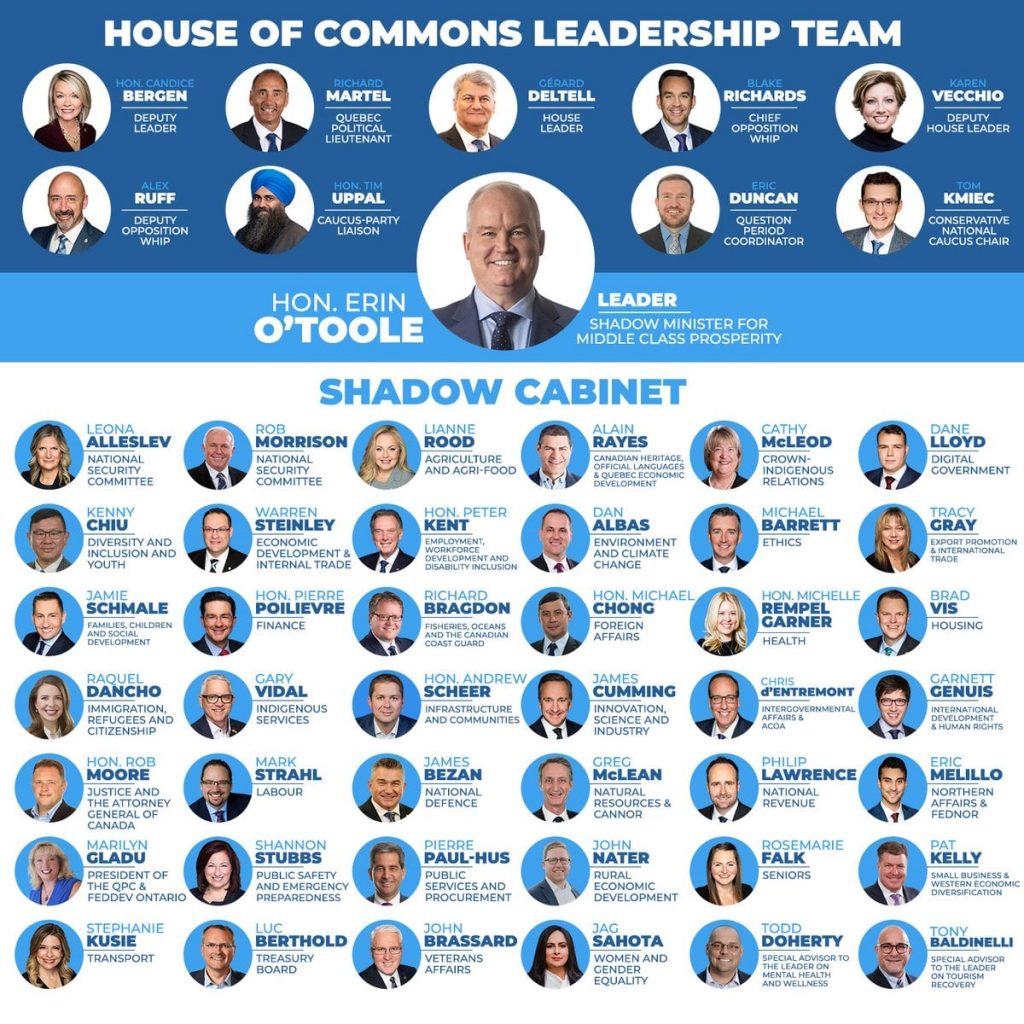